Long before Sanjay Dutt 'arrived' in Bollywood, the strapping young man was best known for his swooning abilities - the women, we mean. 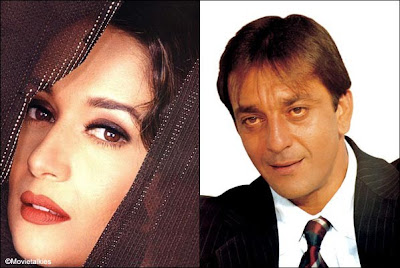 In the early 90s, the shy actor's till-then modest career was starting to work wonders at the box office. His 'mast' mane and 'mast'-ier brawn were the topic of discussion at most coffee tables!

Madhuri Dixit - successful, gorgeous and rooted - had already been crowned the queen of Bollywood. And then, it happened! Mads danced her way into Jr. Dutt's heart. And another syrupy love story was born. 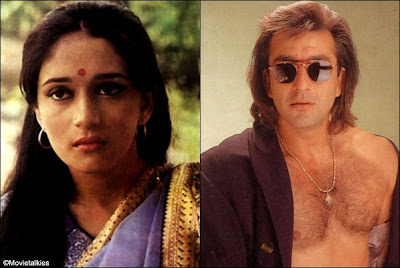 Sanjay and Madhuri were the 'IT' couple of the 90s, who fans and industry-wallahas couldn't get enough of. A perfect match, if there ever was one. 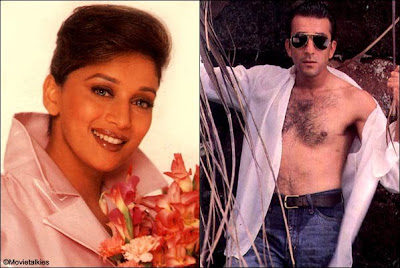 Their 'rumoured' courtship didn't last very long, we're told. But if their on-screen chemistry is anything to go by, their romance couldn't be more real. 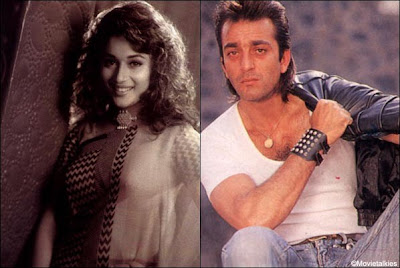 Both have maintained a long-drawn silence over their 'suspect' love affair, and what with Madhuri vehemently denying it, the controversy surrounding their relationship only drew more attention. 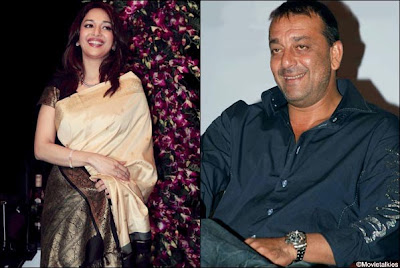 And for those ardent fans who believed the Sanjay-Madhuri union was heaven-sent, their several films together, take hit 'Khalnayak', was a believer's medium to view their magic on-screen. 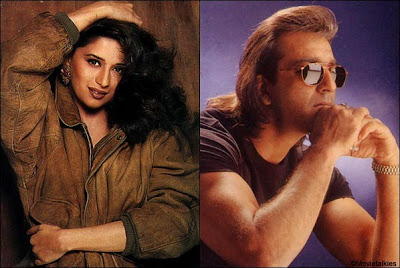 A clearly besotted Sanjay was seen doting on his lady love at interviews and social do's. They were in love. Even the denials couldn't measure up. This was more than a fairytale saga. Even the 'couple-in-question' knew it. 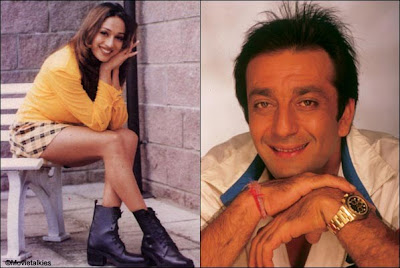 Sanjay's life had always been an emotional rollercoaster of sorts. His mother's death had a devastating effect on the then young man, who sought drugs to ease his pain. As a result, his personal and professional life took a serious beating.


A short drug phase and quick marriage later, Sanjay became the proud father to a daughter - Trishala, whose mother was lost to cancer soon after. Richa Sharma's death loomed over Sanjay like a dark cloud in a clear sky. 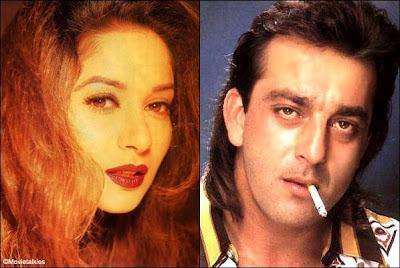 Madhuri, on the other hand, was enjoying a career hiatus when she stumbled upon a grieving Sanjay. And while she helped him ease the traumatic experience of his wife's death, like the beginning of most love stories, a beautiful love blossomed between the two. 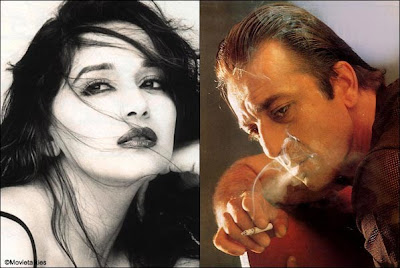 It is believed that Sanjay's TADA arrest took the relationship to its unfortunate end. Madhuri would have no more of the Jr. Dutt she was once smitten with. She dropped Sanjay like, for lack of a better word, a 'hot potato'. 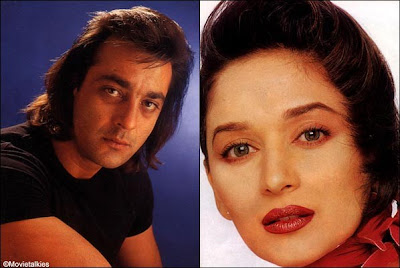 In an interview with Stardust, when asked about her purported liaison with Sanjay, all Madhuri had to say was, 'Well, I don't know what fuels people's imaginations. I can't talk about what others are feeling or thinking in their heads? We just happened to do many movies simultaneously like 'Khalnayak' and 'Thanedaar' that perhaps kept the rumour mills abuzz. It's not like today where people do just one film at a time. Sometimes we used to do seven films at a time, while at other times some films used to take seven years to make.' 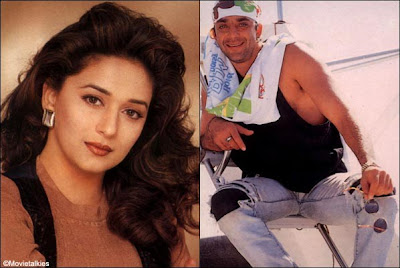 After Madhuri, Sanjay went on to date a string of beautiful women (Lisa Ray, Rhea Pillai and Nadia Durrani) and finally wound up with Manyata, who he married and had twins with.


After Sanjay, Madhuri married Dr. Shriram Nene, a Denver-based cardiovascular surgeon and relocated to the U.S. of A, before moving back to India in 2011. They have two sons.
Does it spell 'T-H-E E-N-D' for them both? 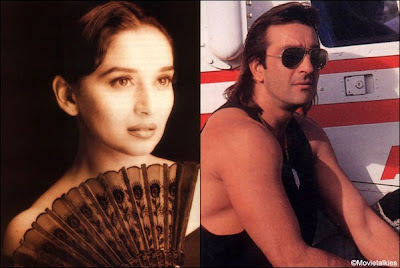 Maybe.
Although their relationship came to a permanent halt with Sanjay's arrest in connection with the 1993 Bombay blasts, which would continue to haunt him for years to come, Madhuri and Sanjay continue to be part of the mutual admiration society and sing each other's praises when confronted with awkward questions about each other. 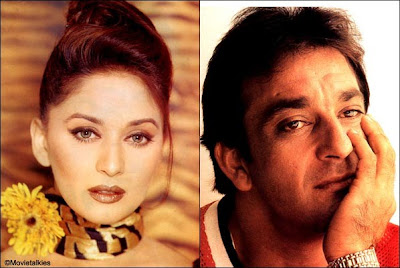 'Passion has many colours. Like I said already. Priorities change. But passion burns on forever,' says Sanjay. 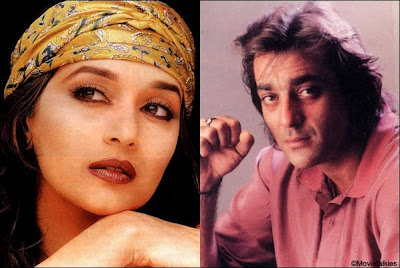 Madhuri Dixit Extremely Shocking Scene from the film Prem Granth, Dixit expose her assets in the pictures below 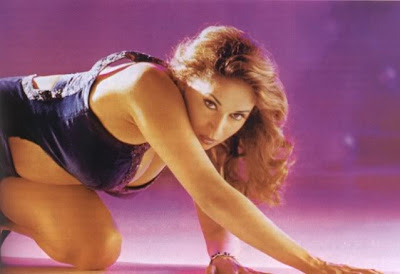